It is common to be depressed about being depressed

A client of mine felt depressed and had low motivation for leisure activities after he had resigned for his stressful job.  He told me, “I feel depressed about myself having low motivation for exercising and taking good care of myself even when I do not need to go to work.”  He was diagnosed to suffer from Adjustment disorder with depressive mood and anxiety when he was working in his job in which he found overwhelming.  As a result, he decided to resign and took a break in between jobs.  He held very high expectation on the life he was going live after the resignation.  He planned to go to the gym every day and to start a diet regime for weight loss.  He also planned to enroll in an online course for business analytics.  After the last day of his job, he found himself still depressed and did not have the motivation to execute his plans.  He criticized himself for being lazy and worthless.  He was even more depressed compared with the period when he was working in the job.

This client’s experience is common for those with persistent depressive mood, especially for those who tended to have lots of self criticism.  In fact, the client set unrealistically high standard for how to rest well after his resignation.  Given his tendency to aim high and be self critical when being unable to achieve what he had planned, he felt even more depressed after the last day of his job.  As his boss in his job was very demanding and the workload was very heavy, he had severe symptoms of burnout while working in this job.  He also felt very depressed for criticizing himself for being unable to complete all the tasks being given by his demanding boss.  As a result, he suffered from adjustment disorder and had persistent depressive mood and anxiety.

Due to his frequent self criticism, he even blamed himself for being depressed while he cannot act according to his high standard for living during his break.  He did not validate himself for his depressive mood and anxiety as an inevitable outcome of his stressful job interacting with his personality makeup.  His compassion towards himself as someone who was undergoing symptoms of burnout was lacking.  He admitted that, “I cannot tolerate myself being idled at home doing nothing productive and meaningful.  This is a waste of time.”  He thought enjoying his break without doing anything meant he was a failure.  He cannot appreciate the precious moment of just living in the present moment resting during the break.

The first step for this client to jump out of this self-critical vicious cycle is to give himself validation.  He needs to give himself unconditional acceptance for what he is experiencing, his depressive mood and lack of motivation.  It is also important for him to acknowledge that he is suffering from a burnout and needs rest and slowing down.  It is useful if he can identify the emotions he is experiencing, such as sadness, anger, anxiety or shame.  He can also identify any judgment he has on having these emotions.

When he can identify and acknowledge his emotions and judgment, he needs to suspend any invalidation he intends to give himself.  He may also reflect on why he had such emotions.  For instance, with reflection, he knew that he criticized himself for being unable to stick to his plan for exercising and dieting in his break.  Thereafter, he can stop criticizing himself and give himself some space for resting and enjoyment in the break.

It is common for those who are depressed to criticize themselves for being depressed.  With self-compassion and validation, they can step out from this vicious cycle and be more relaxed and accepting in their healing journey. 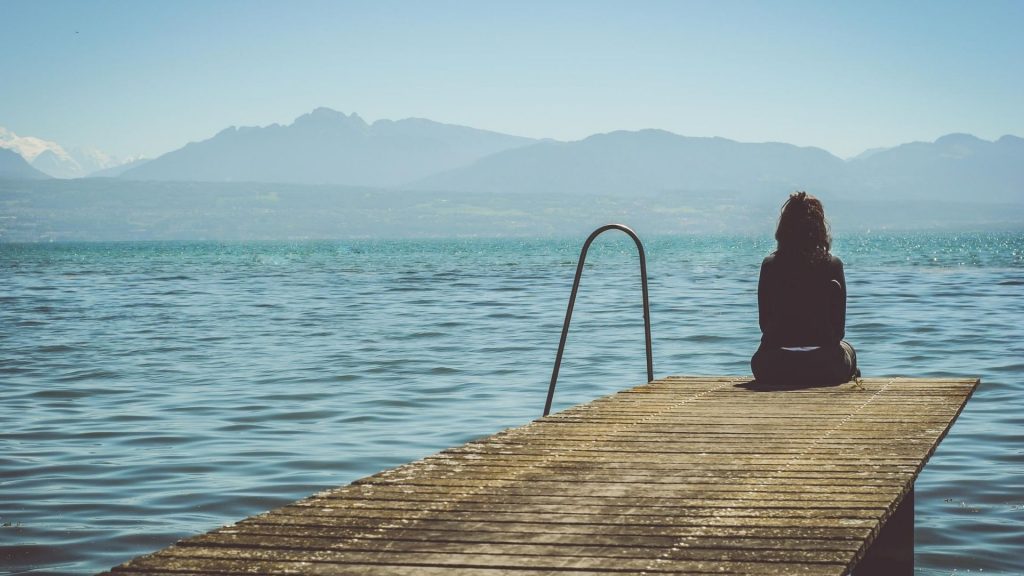 Many of my clients suffer from social anxiety in different levels of severity. Some of them are very successful professionals or businessmen, who have...
Read article 閱讀更多 閱讀更多

From the movie, Soul, to whether there is a “self”

The Olympic Game reminds us our ties to all living beings

Many of us enjoyed watching the Tokyo Olympic Game that was closed on 8 August.  In the closing ceremony, watching the athletes of the...
Read article 閱讀更多 閱讀更多